Amazon Customer Reviews
5.0 out of 5 stars This is some seriously funny stuff. April 18, 2013
By deguerre
I’m hopping around chapters but so far, this book is a GREAT READ! Anxiously awaiting finishing it. Good one Jon!
5.0 out of 5 stars Hilarious! April 17, 2013
By Anonymous
Great beach reading, but also real insight and tips for travelers–especially those with a sense of adventure! Buy this book!

This is an unabashed look at the world through the eyes (and occasional lens) of a person who loves to travel. The text reads like a traveler’s journal, someone who observed well and someone who was willing to set out for an adventure at a moment’s notice. This isn’t a Four Seasons travelogue; the author often puts himself in physical discomfort and sometimes even possible harm to taste the culture around him. The destinations include the heights and valleys of the U.S. as well as numerous Western and Far Easter countries around the world.  The photographs, used in abundance here, are a great asset. Many are the quick, casual snaps that any tourist might take of smiling indigenous people or new-found friends. The voice here is conversational, mostly telling the tales rather than sharing through dialogue. The author does have a good eye for detail and spinning an anecdote, though. The volume’s title is a little misleading; some came from jobs that involved travel. While the cover seems a little too busy, the packaging of text and photos is very well done. There are occasional similes and quite a bit of humor. The author’s naivete, mixed with a willingness to take a chance, gives the volume a sense of honest candor and pure enjoyment of life.

“Vacation Boy” is not your average collection of travel stories. It is a world-view enacted by the protagonist as he takes you into the places only his peculiar drive and curiosity would go. If Marco Polo’s stories mapped out the trade routes of the Silk Road, Jon takes the reader through the same terrain marking the impact of globalization. His particular passion is to find the marginalized, the minority cultures, the un-trampled edges of the countries he visits. He travels as a humble, American voyeur, a participant witness to the erosion of traditional societies. Although he speaks five languages fluently, and that is how he managed access to all these obscure corners of the world, he never toots his own horn. This book is narrated by him, but most of all, it is about the people he meets, the adventures he has, the foibles of human nature, and the surprising generosity and kindness shown to an unexpected stranger who stumbles his way into odd pockets of daily life around the world.

Here’s an article about the release in the newspaper The Park Record in Park City, Utah http://www.parkrecord.com/scene/ci_23038486/local-author-jon-l-sattler-publishes-ebook

Vacation Boy has even been covered in China! This article appeared in the Xiamen Evening News: 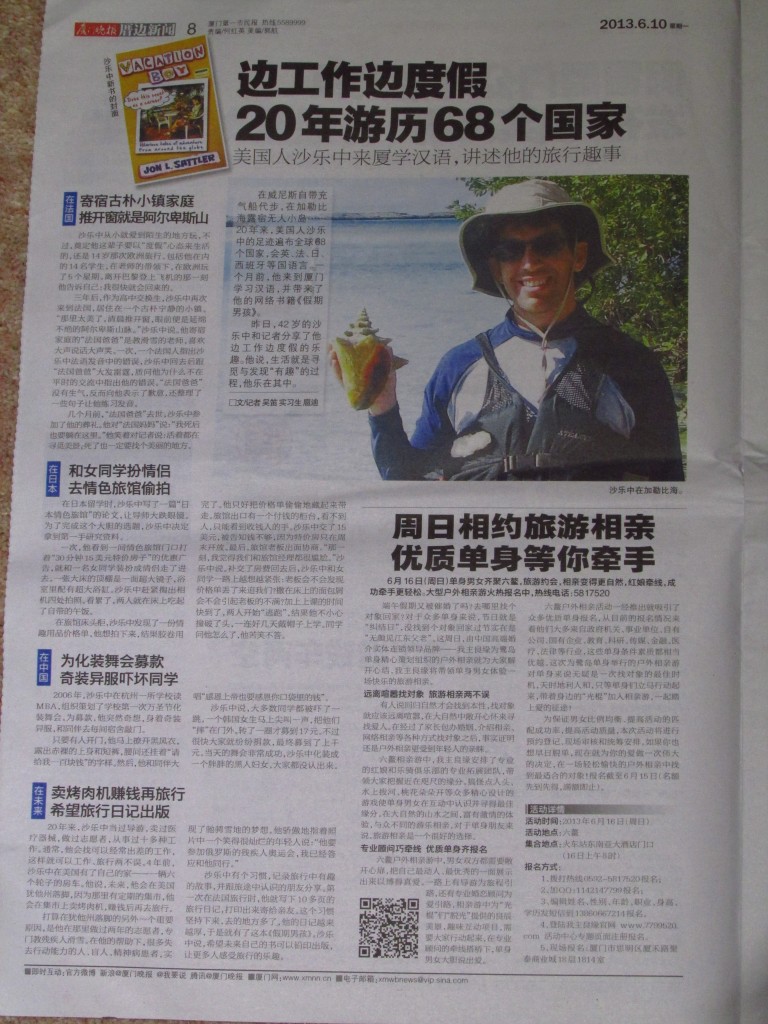 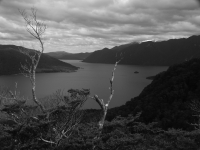